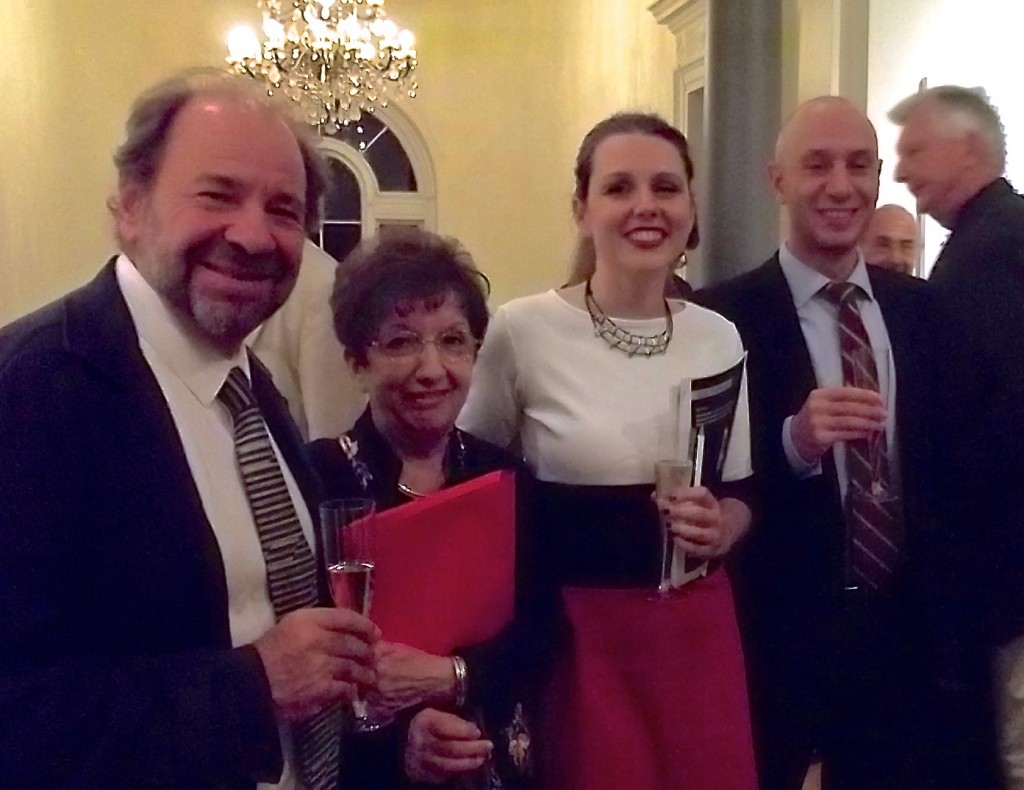 The event, “Italy Towards Europe”, took place September 24 and was focused on European theatrical heritage and featured readings by Laura Curino.

Professor Cascetta is a theatre history academic and the former director of the Department of Communication and Performing Arts at the Catholic University of Milan. She recently published Modern European Tragedy, a study of twentieth century European theatre, with us.

Here is an extract from Professor Cascetta’s introduction at the event:

There couldn’t have been a better coincidence than the European Union Italian semester presidency to speak about theatre and Europe.

The Italian contribution to the project of the European Union has been significant: Altiero  Spinelli and Alcide De Gasperi were among the founders; in 1957 the treaty defining the European Economic Community, or the Common Market, was signed in Rome, while in 2004, 25 heads of state and government signed the treaty that establishes the European Constitution, the result of a long process of integration yearned so much by us all.

Undoubtedly, over the centuries culture has been Italy’s major contribution to the melting pot that today we call Europe, that feeds on traditions still thriving in our own country: the ancient Roman and Greek civilizations, Christianity, the Renaissance and the Age of Enlightment. Ever since ancient Greece, at the Acropolis in Athens, or from Shakespeare’s time at the Globe in London, a community of active spectators has been meeting up to think, to release the emotions, to mirror itself, to read the present in the light of its history and foundations and to get ready to change. Art becomes the sheltered place where to meet up, separated yet projected into reality.

In the course of this reading, through the analysis of selected texts and authors, our speakers will lead the audience to a journey into the European theatrical heritage exploring the thread that has connected dramatic art across all Europe, and still does.