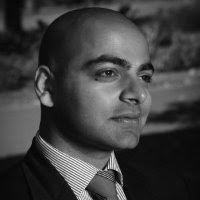 Q: Are you following any free trade deals in the news at the moment?

Vishaal Kishore: There is never a shortage of ‘live’ policy debates concerning free trade in the news – for example the very recently concluded CETA deal between the EU and Canada, on-going US-EU negotiations, or indeed Australia’s recently concluded free trade and economic partnership agreements with both Korea and Japan.

What is quite interesting about much of the broader free trade discussion is that it asserts, rather than really explores, the notion that free trade is a good idea and that it leads to significant economic gains.

Q: What implications do you think that the book has for these debates?

VK: What I try to do in Ricardo’s Gauntlet is examine this underlying assertion, and find that the story told to support it is less than fully convincing.  Given how critical trade is in our global economy, and how prevalent it is in our public discourse, it’s quite timely for us to consider afresh the goals that we really seek from trade agreements and from trade policy, and whether free trade really is the best way to achieve them.

Q: What was the hardest part of writing Ricardo’s Gauntlet?

VK: The best – perhaps even the only – way to engage in a policy debate with the history and prestige that free trade has is to pick up the debate using its own language, and test the dominant arguments as much as is possible on their own terms. This is what Ricardo’s Gauntlet tries to do: it asks the question whether – on its best reading – the case for free trade really stacks up.

And I think ultimately this was one of the hardest things about writing the book – having to be painstakingly scrupulous in examining, and ultimately critiquing, a well-established disciplinary truth.  Genuinely smart people – Nobel Prize winners amongst them – have spent a long time refining the case for free trade. Misstepping risks alienating those with whom you are seeking to engage. So instead you have to chase all the mainstream rabbits down their holes and move between different disciplines and sub-disciplines to make sure that you represent the case for free trade as strongly as you can.  And then you have to try to figure out why you disagree with it!

But what made writing the book hard hopefully makes it better to read!

Q: As you highlight in the book’s introduction, there are many ways to assess trade as a topic. If you were to analyse other types of trade other than free trade, which would you choose?

VK: There are of course other ways of thinking about assessing trade. While these might not have the same prestige in policy discourse, some of them are very much a part of our broader public imagination.

One that I think is particularly interesting is what is often called ‘fair trade’.

There are any number of fair trade organisations that seek to certify coffee, chocolate and other products as ‘fair trade’ goods based upon their compliance with certain standards. These standards often relate to the setting of minimum prices to be paid to local producers for goods, and premiums paid towards local community development and infrastructure.

Don’t get me wrong, this is better than allowing the market – unfettered – to run rough-shod over subsistence farmers. However, is some small premium on top of the market price all that it takes to make international trade fair?

It’s interesting to think a little more about what is ‘unfair’ about ‘free’ trade, and what it would take to make it ‘fair’. We might think that fairness in trade involves some kind of justice or fairness in the way that benefits are distributed between players involved in the production of goods in a broader supply chain. Is it right to call trade ‘fair’ where subsistence farmers in the developing world continue to eke out a meagre living while others in the supply chain garner massive rents by reason of their privileged position in that supply chain?

I think it would be exciting – ethically and intellectually – to see what more could be done in this area.

Q: What alternative would you propose instead of free trade? Would you describe yourself as an advocate of protectionism?

VK: This is a great – and indeed a common – question. One of the problems with our current discourse about international trade is that it leads us to the dichotomy between free trade and protection: if you aren’t a free trader, you must be a protectionist.

One of the key points in the book is that this dichotomy – between free trade on the one hand and protection on the other – sets up a false choice.

In fact, when we look carefully at all of the different ways that the state is involved in the economy, we come to realise that free trade itself is a difficult policy stance to really get hold of. We can start to see that there are lots of different ways that the state can shape the development of the economy, of production, and of patterns of trade. We need to get better at having conversations about the kind of economy that we want, and what we can sensibly do from a policy perspective to get it. In this, we need to break the shackles of thinking that all we have to choose from is free trade or protection.