Theater has always been mercurial if not chimeric, a hybrid of art forms. It is unstable and pliable by definition, since its realization relies on a multiplicity of collaborators under unstable, often tenuous conditions. The result is invariably a composite beast, reconfigured in each iteration.  Unsurprisingly, then, theater today has fuzzy edges – indeed, if it has edges at all, for edges suggest territory, a demesne, a pale, that is, limits, and the art of contemporary performance cuts across, runs through, is entangled with, bleeds into not only many another contemporary art form but intersects with and overlaps popular entertainments and everyday activities, religious and secular, so that the limits, distinctions, boundaries, even generic separations are often indistinguishable among performative activities. Much of such contemporary theater practice develops in defiance of realistic or illusionary threads of performative art with their emphases on architectural and material validity and focus on family constellations.

In his seminal textbook, Performance Studies:An Introduction, Richard Schechner details what he calls “Performing in Everyday Life” with a string of examples of contemporary performative activities: “Family and Social Roles—Job Roles–Spectator Sports and Other Popular Entertainments—Performing Arts—Secular and Sacred Rituals—Trance” (Schechner 172-3).  Such a list is, of course, partial, but its implications are that we are all and always performers, in one way or another, “Performing on stage, performing in special social situations (public ceremonies, for example), and performing in everyday life are a continuum.  These various kinds of performing occur in widely divergent circumstances, from solo shows before the mirror to large-scale public events and rituals, from shaman healing rituals to identity changing trances, from theater and dance to great and small roles of everyday life” (Schnechner, 170). 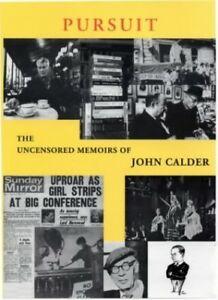 The phenomenon of everyday performance is punctuated by the growing trend of being constantly on view, on camera, under perpetual surveillance in much of contemporary urban life. We are thus part of the surveillance society, a society of control, an automatic society with real-time web cams. Some theater groups, like New York’s Surveillance Camera Players, perform against such intrusions into our private spheres, while the rest of us just mug or make obscene gestures to elevator surveillance cameras and the like in our feeble attempts at resistance and defiance, but even such gestures have a tradition.  Early in the Modernist era, Dadaists and Surrealists hated the conventions of theater but loved spectacle and public performance, and so provocations left theatrical space and took the shape of street actions, or “Happenings” in the next generation, a term coined by Allan Kaprow, a student of John Cage at Black Mountain College, in the early 1950s to describe spontaneous, non-linear provocations deemed art.

For Peter Brook, “Happenings” were a part of “The Holy Theatre”:

“A Happening is a powerful invention.  It destroys at one blow many deadly forms, like the dreariness of theatre buildings, and the charmless trappings of curtain, usherette, cloakroom, programme, bar. A Happening can be anywhere, any time, of any duration:  nothing is required, nothing is taboo.  A Happening may be spontaneous, it may be formal, it may be anarchistic, it can generate intoxicating energy.  Behind the Happening is the shout, “Wake up!”

Amid his calls for “a primitive spontaneity,” Eugenio Barba has suggested that “Theatres are still antiquated buildings where classical and contemporary texts are recited in a routine and conventional style.  There is no creative act on stage—only the sterile repetition of worn out formulas and hybrid styles which try to look “Modern” by exploiting the discoveries of other art forms” (Barba 153).  “Happenings” were attempts to break through such conventionality, and in 1963 British publisher John Calder followed up his provocative 1962 Edinburgh Writers’ Festival with what was deemed the notorious 1963 Drama Conference to end that year’s Edinburgh Festival with a series of “Happenings”. As he recalls in his memoirs, Pursuit, the last day of the Festival was dedicated to the topic of what forms the theater might take in the future, during which a young model named Anna Kesselaar would appear in Ken Dewey’s “Happening”:

“….at the end of the organ gallery that ran behind the platform where the conferences sat. She was hanging on to a BBC lighting trolley and was wheeled around the gallery by a BBC technician, naked, but within the law, as she was not moving, but being moved.”

Kaprow would follow Dewey’s “Happening” with one of his own – one which impeded the audience members’ exit from the building by having used tires piled in the doorways over which those exiting had to climb.  These events would, in turn, lead to Calder’s famous performances called “Ledlanet Nights” in Kinrosshire, Scotland. These were music, opera and theatrical events at his Baronial ancestral home.  Calder would subsequently use an image from the London Sunday Mirror’s coverage of the uncovered Kesselaar performance on the cover of his autobiography.

S.E. Gontarski is the Robert O. Lawton Distinguished Professor of English at Florida State University, where he specializes in twentieth-century Irish Studies, performance theory, and British and European modernism. He is also a writer and director, and General Editor of the Anthem Studies in Drama and Performance series.

← A Fibrous Weave of Literary Scholarship
The Art of Startups: do you really need an MBA to launch your company? →