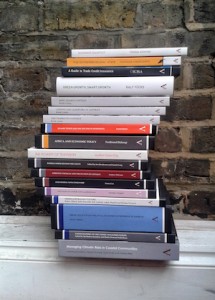 The literary nonprofit Read Russia, which seeks to present Russian classics, modern words, and genre fiction to English-speaking audiences, has partnered with Columbia University Press to publish 125 Russian titles into English. Overlook Press was previously attached to the 10-year project. An editorial board will choose the titles and translators. Executive director of Read Russia Peter Kaufman expects the first set to be released by December 2016.

Guardian published the story of an anonymous academic who claimed publishers ‘hoodwinked’ academics to write books unlikely to be widely read. An anonymous publisher explains commission motivation and combats the idea that they are ‘unseemly’.

The online marketplace may play an important role in the academic publishing arena, but Greg Britton (editorial director of Johns Hopkins University Press) insists that ‘book exhibits persist because they are more than just places to buy a book’. These reasons include acting as a window into an academic discipline’s current state of affairs, a way to determine the impact of a book, and being a public marketplace itself. And, of course, the conference book exhibit is also a way to sell books.

What Is “Publishing” if Even a Library Can Do It?

Hundreds of libraries are engaged in publishing, but few of these libraries have large staffing resources or paid product types. The Scholarly Kitchen posits that library publishing ‘will do everything it is setting out to do except to replace the publishing models that are based on end-user demand’ although there is a possibility of an increased role in future publishing dominated by open access.

Academics: leave your ivory towers and pitch your work to the media

Could academics use a bit of journalism skills to get their points across to wider audiences? Lu Qi of Harvard T H Chan School of Public Health co-authored a headline-grabbing study linking spicy foods to longevity, yet he remains unknown by the public. This article explores the challenges of writing for the public, including first-person writing and speaking in public.

Think. Check. Submit. (How to Have Trust in Your Publisher)

October 1 saw the launch of the “Think. Check. Submit” campaign, which aims to protect researchers from “predatory” publishers. The campaign includes a checklist of what to watch for, including who publishers a journal, if you have read it before, and if your colleagues recognize it.