Speaking at an event hosted by Nesta on Friday, economist and green thinker Ralf Fücks presented ideas from his new book Green Growth, Smart Growth: A New Approach to Economics and the Environment. His casual yet enthusiastic manner belied the fact that was giving this presentation in English for the first time.

It was an opportunity for the former Green Party politician to share his vision based on his vast experience in areas including sustainable development and foreign policy. In Green Growth, Smart Growth, Fücks calls for a paradigm shift to ‘smart growth’ using efficient technology, smart energy policy, and proactive innovation. 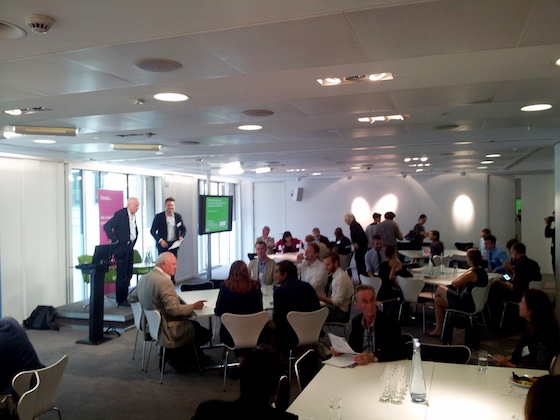 Fücks and Westlake at Nesta

In his lecture, Fücks focused on the dark side of growth and environmental overstretch, the energy revolution, and the ‘Green New Deal’. He emphasised the importance of decoupling growth from environmental degradation, focusing on efficiency and energy revolutions. Fücks also discussed the concept of a ‘Moral Economy’ based on fair trade, sustainability, and changing lifestyles.

In the Q&A session at the end, Fücks took three questions, including one on the upcoming UN Climate Change Conference in Paris (COP21), saying that the outcome of it will matter but only if the necessary steps are taken to make it work, including providing funds for developing countries. 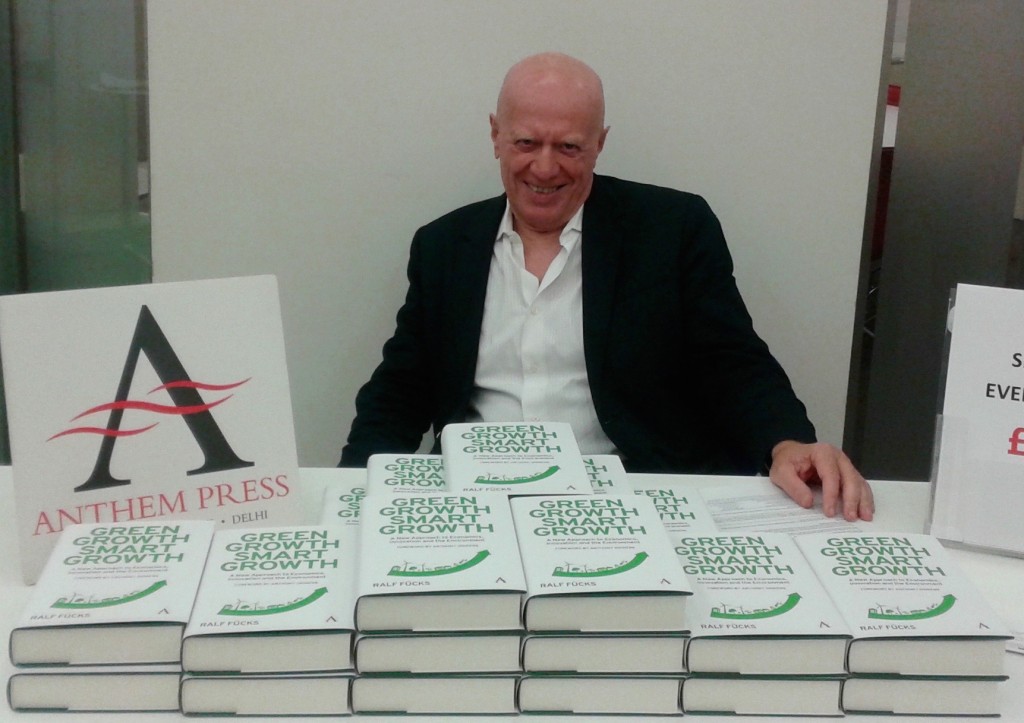 Conversations and discussions continued in the foyer after lecture over coffee and tea, with Fücks happily joining in.