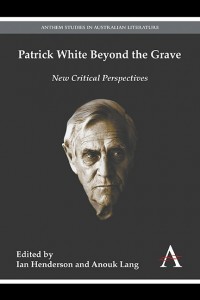 Patrick White (1912–1990) won the Nobel Prize for Literature in 1973 and remains one of Australia’s most celebrated writers. This book represents new work by an outstanding list of White scholars from around the globe. This collection of diverse and original essays is notable for its acknowledgement of White’s homosexuality in relation to the development of his literary style, in its consideration of the way his writing ‘works’ on/with readers, and for its contextualizing of his life and oeuvre in relation to London and to London life.

Christos Tsiolkas and the Fiction of Critique: Politics, Obscenity, Celebrity
by Andrew McCann

Christos Tsiolkas is one of the most recognizable and internationally successful literary novelists working in Australia today. He is also one of the country’s most politically engaged writers. These terms – recognition, commercial success, political engagement – suggest a relationship to forms of public discourse that belies the extremely confronting nature of much of Tsiolkas’s fiction and his deliberate attempt to cultivate a literary persona oriented to notions of blasphemy, obscenity and what could broadly be called a pornographic sensibility. ‘Christos Tsiolkas and the Fiction of Critique’ traces these contradictions against Tsiolkas’s acute sense of the waning of working-class identity, and reads his work as a sustained examination of the ways in which literature might express an opposition to capitalist modernity. 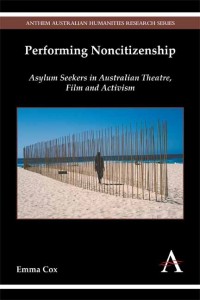 This exacting study examines the theatre, film and activism engaged with the representation or participation of asylum seekers and refugees in the twenty-first century. Cox shows how this work has been informed by and indeed contributed to the consolidation of ‘irregular’ noncitizenship as a cornerstone idea in contemporary Australian political and social life, to the extent that it has become impossible to imagine what Australia means without it. 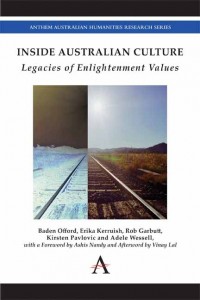 ‘Inside Australian Culture: Legacies of Enlightenment Values’ offers a critical intervention into the continuing effects of colonization in Australia and the structures it brought, which still inform and dominate its public culture. Through a careful analysis of three disparate but significant moments in Australian history, the authors investigate the way the British Enlightenment continues to dominate contemporary Australian thinking and values. Employing the lens of Indian cultural theorist Ashis Nandy, the authors argue for an Australian public culture that is profoundly conscious of its assumptions, history and limitations.