Anthem Nineteenth-Century Series is a collection that fosters connections between areas including history, science, religion and literary theory. The general editor of this series is Robert Douglas-Fairhurst, Professor of English Literature at University of Oxford. He recently spoke to us about the series, proposals and writers who deserve more recognition.

What are the aims of this series, and who is the desired audience? 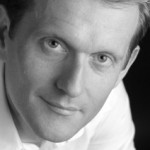 Robert Douglas-Fairhurst: The main aim of this series is to find new ways of exploring and thinking about nineteenth-century literature and culture. That’s a challenging task, and in practice it means that we try to introduce our readers to unexpected cross-sections in the period, surveys of unjustly neglected genres, and original insights into more familiar authors and topics. We don’t have an exclusively academic audience in mind. Most readers are likely to be teachers, researchers, or students, but we also hope that our books will be written in the sort of accessible style that will appeal to anyone with an interest in widening their intellectual horizons.

What are the qualities you look for in a proposal?

RDF: The proposals that excite me are those that have clearly been written by someone who is similarly excited by the ideas they want to share with a wider readership. Some proposals are too narrow, and others are impossibly broad; the ideal project is one that can be explored thoroughly (if not exhaustively) within the limits of a single book. Beyond expertise in the subject area – we receive excellent advice on this from our team of peer reviewers – the other key feature I always look for is the writer’s style. Can they communicate effectively? Is their critical prose a pleasure to read rather than a chore? Would anyone other than the writer’s immediate family and friends actually want to read their book?

What are your current research interests / current projects?

RDF: I’ve just written a book on the creation and cultural aftermath of Alice in Wonderland, The Story of Alice: Lewis Carroll and the Secret History of Wonderland, published by Harvill Secker in the UK and Harvard University Press in the USA. It was featured on Start the Week and BBC Breakfast, and was a Radio 4 Book of the Week, read by Simon Russell Beale; it was also the main source for a 60-minute BBC2 documentary on ‘The Secret Life of Lewis Carroll’ on which I worked as the historical advisor. Inevitably that has involved quite a lot of publicity work – most recently I contributed an essay to the programme for Damon Albarn’s new musical wonder.land – and when that has finished my next project is a critical edition of A Tale of Two Cities for Norton. After that, who knows.

What topic would you like to see the series cover?

RDF: I think the series already covers an excellent mixture of topics, from Jane Austen to sensation fiction and science. However, I am always on the lookout for further high-quality monographs on individual authors, and book proposals that focus on the detailed workings of writing itself – genre, form, style – would be especially welcome.

Who is a nineteenth-century writer deserving of more academic recognition?

RDF: Good question. One of the big movements in the past 30 or 40 years has been to recover a number of authors who had sunk into obscurity. Much of that work – such as Christopher Ricks’s edition of James Henry’s idiosyncratic Victorian poetry – has been just and admirable. The only question that occasionally lingers over it is whether all the writers necessarily deserved to be brought back to life. I suppose my hope is that in the future some of energy that has hitherto been devoted to expanding the canon might also be given to widening our understanding of authors who by contrast have suffered through sheer familiarity. Many are far stranger than we tend to think.

We welcome submissions of proposals for challenging and original works that meet the criteria of Anthem Nineteenth-Century Series. Should you wish to send in a proposal for a new series or one of the following types of works — Monographs (mid-length and full-length), Edited Collections, Handbooks, Reference, Upper-Level Textbooks, Academic Non-Fiction — please contact us at: proposal@anthempress.com