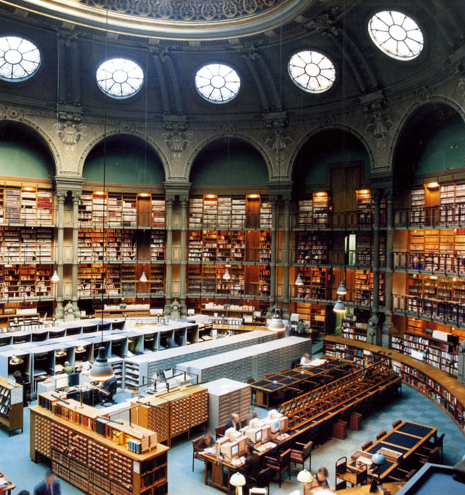 The Biblioteca Nacional de España, opposite the Recoletos underground station in Madrid, was created and opened to the public by Philip V in 1712, and is thus celebrating its tercentenary in 2012. It became a national library rather than a royal property in 1836, and moved into its present neo-classical style home in the 1890s. As well as its large collections of medieval codices and about 3,000 Spanish incunabula, the BNE also holds an important collection of early Cervantes petitions. It has a museum, and I recommend the basement cafeteria which offers cheap hot lunches to readers and staff.
—Martyn Lyons, The University of New South Wales, Australia; Editorial Board member of Anthem Australian Humanities Research Series