You are just about to find out why you need to appreciate history. It is difficult to explain who we are without reference to our past: place and date of birth, background, education and more. We live in the present and plan for the future – but least do we understand where we are heading and what development looks like? There is more to learning than the eye can meet.

This article will help you understand how history is the most respected subject, by learning from the warning signs from the past. To know more click here. [Oxford University Press] 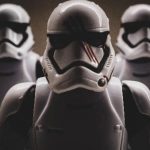 The move of robots from science fiction to reality is forcing us to question this assumption of our own centrality, though it is not yet time to relinquish it. Learn how robots were designed to emphasize stark functionality, rather than expressive aesthetics.

Why, Become a Professor?

The role of full professor is a rare and wonderful gift. Andy Hoffman reflects on purpose and why we need engaged scholars now more than ever. A new generation of scholars is emerging into the field with a strong desire to make a difference in the real world. Find out more here [Stanford University Press].

Women in Translation Month 2021! A Journey from East to West

Seven years ago, blogger and academic Meytal Radzinski took a critical look at the publishing landscape and noticed that the world of translated literature was heavily male-dominated. Reflecting on this gender disparity and wanting to create change, Radzinski started Women in Translation Month, an annual celebration of works in translation by women and other marginalized genders.

This August, we are proud to feature our 2021 batch of titles, a selection that stretches across hemispheres. We begin in Russia with The Voice Over, travel to Mongolia with Suncranes and Other Stories, continue east to Japan via In the Shelter of the Pine and An I-Novel, and finally land in the Americas with Literature in Motion. Read this blog post by Olivia Treynor [Columbia University Press]

What Even Is Trauma?

One question the author ‘David Chrisinger’ has gotten into several times since his latest book, Stories Are What Save Us: A Survivor’s Guide to Writing about Trauma, is what even is trauma?  “Trauma confront human beings with the extremities of helplessness and terror, and evoke the response of catastrophe.” The best way to define trauma is to say that before the trauma there was wholeness; after, there was fracture. Where there was once some semblance of safety and security, dignity and peace, there is now pain and grief, fear and hopelessness. Find out more here [John Hopkins University Press]

Kristen B. Neuschel is Associate Professor of History at Duke University. Her book–Living by the Sword reveals that warrior culture, with the sword as its ultimate symbol, was deeply rooted in ritual long before the introduction of gunpowder weapons transformed the battlefield.

Even though military history proper is still important, in Kristen’s opinion it should be recast as a subset of the wider concerns of a larger field concerning “war, society and culture.” We will never truly understand the persistence of warfare unless we consider it in the broadest possible terms, as one of the main forms of violence that seems to need no explanation (the other is domestic violence, which is itself instructive.) Read more here [Cornell University Press]

Ashley L. Cohen is assistant professor of English at the University of Southern California. This article talks about Cowper’s collapse of the vast distance between India and the Atlantic world captures a collective habit of mind that would have felt familiar and intuitive to his readers.  There is a lot more to the article at blog.yalebooks.com [Yale University Press]

Some homonyms are truly ancient: the words in question might sound alike or be nearly identical more than a millennium ago.  But more often a newcomer appears from nowhere in the realm of monosyllabic words, which tend to be sound-imitative or sound symbolic. Chronology is of course a significant factor, but words often linger in rural speech and popular usage (let alone low slang) “forever,” without becoming known to the rest of the world. Find out more here blog.oup.com [Oxford University Press]

← Talk of the Town: 8 Things that Happened in the Publishing Industry in July 2021
Life in Reverse: Corollaries By Ron Westray →