Several Anthem Press authors have received awards this year. Our congratulations to these authors for this well-deserved recognition! 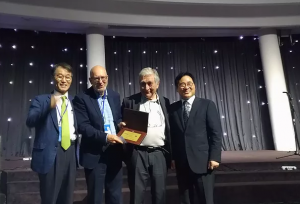 Dr. Mariana Mazzucato has been awarded the 2018 Leontief Prize for Advancing the Frontiers of Economic Thought for her research on the role of governments in innovation. GDAE Co-Director Neva Goodwin remarked: “The topic of innovation receives a lot of attention these days. What has been insufficiently recognized, before the work of Mariana Mazzucato, is the critical role of governments in innovation and hence the role of the public sector in the process of wealth creation. Her work argues for concrete ways to make sure both the risks and the rewards are better shared so that smart growth is also more inclusive growth.” Mariana is the author of The Entrepreneurial State: Debunking Public vs. Private Sector Myths, original version published by Anthem Press in 2015. For more information on the prize, click here. 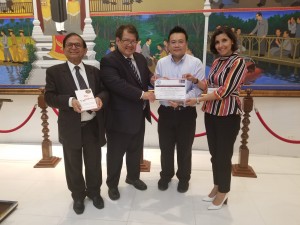 The Unglobals: Groundbreakers in the Age of Economic Nationalism by J. Mark Munoz has won the 2018 AGBA International Book Award. The award was presented to J. Mark Munoz at the Academy for Global Business Advancement 15th Annual World Congress, Thailand.  For more information, click here.

← Middlebrow – Feelings and Fury
The Post-Truth About Fake News →