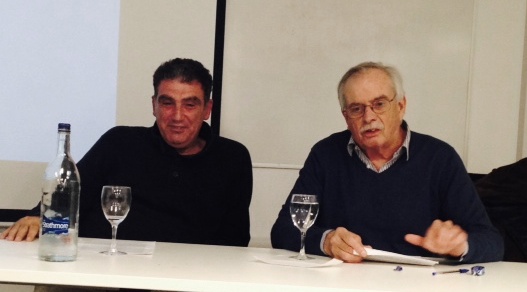 I followed a crowd of students into Tower 2, Clement’s Inn, part of the London School of Economics campus located off the crescent shaped Aldwych Street in Westminster. Dr Ali Kadri’s book launch was about to begin.

We published his book, Arab Development Denied: Dynamics of Accumulation by Wars of Encroachment, in July this year and so far it has received interest across a range of journals including Arab Studies Quarterly and Heterodox Economics.

Born in Lebanon but currently living in Singapore, Dr Kadri has extensive knowledge of the Middle East and economics. He is currently working as a Senior Research Fellow in the Middle East Institute at the National University of Singapore. Previously, he served as Head of the Economic Analysis Section at the United Nations regional office for western Asia.

The event was organised by the Laboratory for Advanced Research on the Global Economy (LAB), part of LSE’s Centre for the Study of Human Rights. Dr Kadri is member of the LAB’s panel of experts, known as a Sounding Board and he recently contributed an interview for their website.

Dr Jason Hickel, a Leverhulme Fellow in the Department of Anthropology at LSE, chaired the event.

Also present as a speaker was Professor John Weeks, professor emeritus of economics, SOAS, University of London. We published Professor Weeks’ book, Economics of the 1%: How Mainstream Economics Serves the Rich, Obscures Reality and Distorts Policy, in January this year.

The panel collectively raised a few key ideas but the focus was on the impact of neoliberal economics in the Middle East.

Neoliberalism, where control of economic policies is shifted from the public sector to the private sector, was a key topic during the panel discussion. Dr Kadri commented on the almost universal adoption of neoliberal policies by Arab governments from the 1990s onwards:

“Neoliberalism opens up valves of resource flows which drain out [of the Middle East] without much re-investment. Policies are serving as conveyor belts for sending resources abroad.” 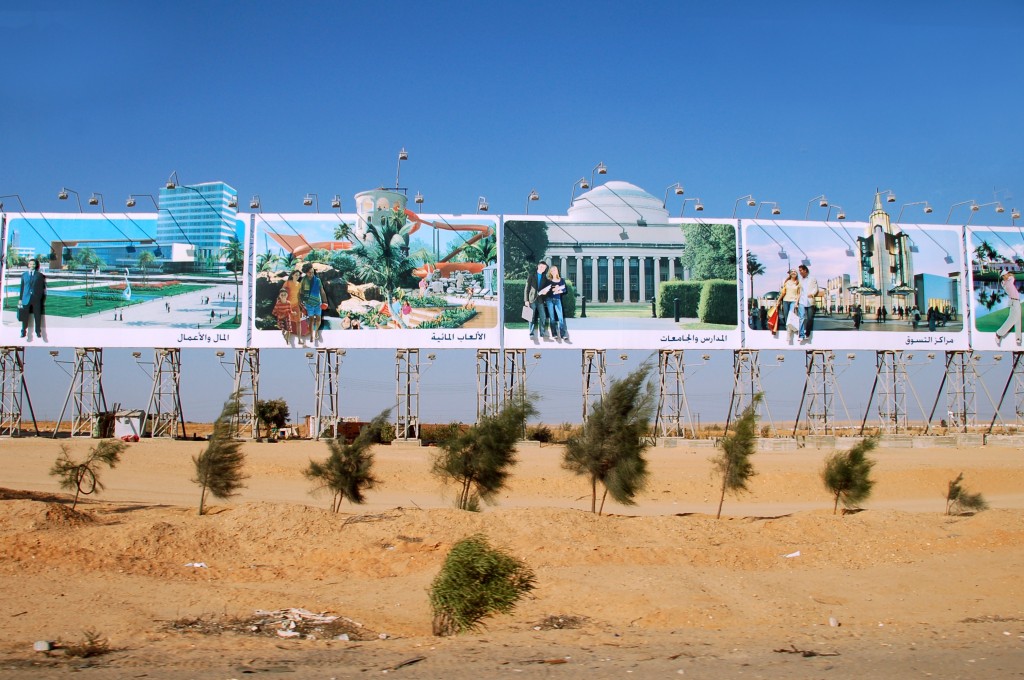 Is this development? Adverts for more property building between Cairo and Alexandria, by David Evers

Dr Kadri cited Egypt, lauded as a success story by some for neoliberal policies, as a key example where rising economic growth has masked social issues such as food shortages:

“Despite 5-6 years of growth in Egypt, a third of children are malnourished. There’s a story not being told behind a story.”

Between 2004-2008, Cairo aggressively pursued economic reforms to attract foreign investment and facilitate growth. However, since 2011, it has relied primarily on foreign exchange reserves and depended on foreign assistance, particularly from Gulf countries, according to the Central Intelligence Agency’s website. 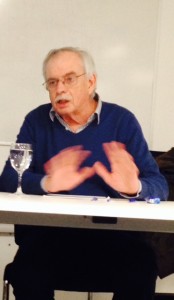 He went on to say that that neoliberalism is an instrument of authoritarian societies, adding that this approach was disenfranchising masses of the population across the Middle East, eliminating any role in decision making:

“This leads us to one of the most important points of Ali’s book: development, or a lack of it, conflict, struggle and class conflict.” 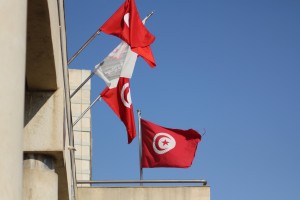 It was interesting to listen to the questions by the audience at the end. One I thought was particularly relevant was about Tunisia. Is Tunisia the poster child for democracy in the Middle East? Will the recent elections give it a chance to escape “de-development“, the phrase Dr Kadri coins in his book?

Dr Kadri responded by saying that if Tunisia wants to ration its flow of resources it will require more than a Tunisian effort, adding that he remained sceptical of one single country in the region socialising its assets.