The guest author of this post is Professor Giles Chance. He is the author of “China and the Credit Crisis: The Emergence of a New World Order” published in 2010.

On January 13, I arrived in Beijing with my wife to stay with my father-in-law. He’s 94, single since his wife died, and still working, part-time, as a professor at the People’s University.  As soon as we arrived, we learned from Chinese social media that there was a virus in Beijing which had infected a number of people in Wuhan. We learned it was transmittable from person to person, and also that some medical professionals in Wuhan who had raised the alarm at the end of December had been warned by Chinese officials to keep quiet.

On the TV, the first virus news arrived on January 20, when we saw news pictures of thousands of travellers leaving Wuhan railway station, while the announcer spoke of a virus threat in the city. But it was only on January 23 that the virus replaced President Xi as the leading news item, with the report of a lockdown in Wuhan.

Our hunch that the lockdown would go national after Chinese New Year turned out correct. When we went out for food shopping on January 26, we found several black-uniformed Chinese policemen at the university gate. On January 29, as Western airlines cancelled scheduled flights to China from Europe, we realized it was time to leave. We managed to get seats on an Air China flight to Munich, leaving on February 1, at 2:20 am on a full flight. 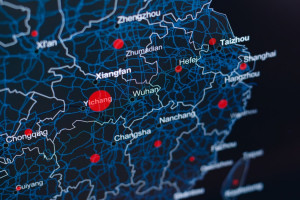 Weeks later, as we heard news of the extent and spread of the epidemic in China, we realized we had been lucky to get out when we did. It was obvious to us when we were still in Beijing that there had been some kind of delay in acting on the virus outbreak in China. After all, we were learning from social media about the epidemic outbreak in mid-January, soon after we arrived. The national lockdown imposed on the day after Chinese New Year seemed too much of a coincidence to be anything except planned, maybe weeks earlier.

We knew that several million people had left Wuhan to go home or travel overseas in the weeks prior to Chinese New Year. This seemed an efficient way of making sure that any infectious disease in Wuhan would be transmitted throughout China, and beyond. Surely the Chinese authorities must have realized the importance of preventing this exodus? Or was their fear of interrupting Chinese New Year so great as to risk allowing the spread of a local infection?

Today, we have two competing narratives of China’s response to the epidemic. One commends China’s actions in taking effective action to limit and contain the virus outbreak by putting a rigorous “cordon sanitaire” around Wuhan, the centre of the outbreak, and taking measures to restrict movement and curb the spread of the epidemic in the rest of China. This version is supported by an official report at the end of February from the World Health Organisation.  The following is an extract from the WHO report: “China’s bold approach to contain the rapid spread of this new respiratory pathogen has changed the course of a rapidly escalating and deadly epidemic. In the face of a previously unknown virus, China has rolled out perhaps the most ambitious, agile and aggressive disease containment effort in history. China’s uncompromising and rigorous use of non-pharmaceutical measures to contain transmission of the COVID-19 virus in multiple settings provides vital lessons for the global response”.

The other narrative, which our own experience supports, is based on investigative journalism by Western media in China, and is supplemented by the investigations of Western government agencies. This version maintains that there was a period of several weeks during which Chinese authorities in Wuhan and in Beijing strongly suspected (or knew) that the virus was like the SARS virus of 2003 in being highly dangerous to humans and capable of human-to-human transmission. Yet effective containment action was delayed for a critical multi-week period, during which infection spread from the outbreak area in Wuhan to the rest of China and to many countries beyond China, ultimately to the whole world. 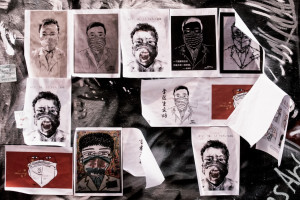 This second version of events is supported by a local witness who lived through the 60-day lockdown in Wuhan. Wang Fang started to write her daily diary, called “Voice of Wuhan”, at the beginning of the lockdown. She published her thoughts and observations each night on Weibo (the Chinese equivalent of Twitter), mixing mundane observations about vegetable prices with raw descriptions of death and mourning, accompanied by scathing criticisms of the initial response to the crisis. Although her notes were removed by the Chinese censor within hours, by then they had already reached an audience of four million. The “Voice of Wuhan” captured the anger of the people inside Wuhan, imprisoned inside their apartments, railing at the incompetence and mendacity of the Chinese authorities, and seeking in vain the truth about what had really happened. The essence of the “Voice of Wuhan” was accountability. This has struck a lasting note within China.

In her final post on March 24, Wang Fang called on her fellow citizens to “have a responsibility and a duty to seek justice” for those who had died as a result of the wrong actions taken by the officials in charge. She also “thanked” the many people inside China – she called them “ultra-leftists” – who had attacked her for writing her reports on social media, because they made her famous in China and increased her readership.

It’s hard to see, though, how the Chinese government could tell the world the whole truth. If the Chinese government made a full breast of the origin and early handling of the epidemic in China, the Chinese people would think they were giving way in the face of Western pressure. The Chinese Communist Party has learned in recent years to base its message and popularity on the idea of Chinese national resurgence, and this has met an enthusiastic response.

Until a couple of months ago, many people around the world, deeply impressed by China’s great achievements since 1980, and observing the large economic benefits flowing from China’s emergence, were ready to accept China as another major player on the world stage, alongside the United States.  But the louder the Chinese government’s denials of epidemic mishandling, and the more China compares favourably its own effective WHO-approved COVID-19 response with the ham-fisted epidemic responses in many Western countries, the angrier Western observers become.

The virus has fundamentally changed the West’s view of the Chinese. Tolerance, and a willingness to investigate a different culture and worldview, have been replaced by mistrust and a desire to decouple.  A new cold war, between China and the West, has become the most important consequence of COVID-19. 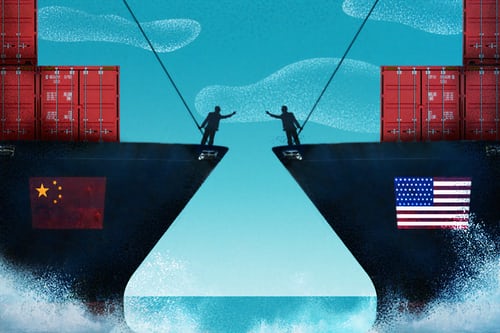 But against the calls to decouple from China stand the intricate and ever-deeper economic and business links between China and the rest of the world. From American soybean and hog farmers to Australian and Brazilian iron ore producers, from French winemakers and cosmetics companies to German car manufacturers and from Zambian and Chilean copper mines to supermarkets selling Chinese-made products to Western consumers , the list of economic interests which depend on China is very long. China’s global emergence since 2000 has changed our world fundamentally, bringing lower prices to Western consumers and creating widespread economic prosperity.

The West has to choose between limiting the growth of China’s influence and power, on the one hand, and continuing to enjoy the large economic benefits of co-operation with China, on the other.  To try to do both will only leave the way open to China to continue to drive through the constraints which the West tries to impose on it.

But if the West wants a China that fits in better to the world the West wants, there is a cost to be paid. If the West doesn’t want to pay the cost, it will have to accept China as it is.

My guess is that, after all has been said and done, the West will find a way to rub along with the China that exists, warts and all.

And there’s another thing. Maybe the Fall of the Berlin Wall in 1989 and the collapse of the Soviet Communist system made the West hubristic and overconfident. Remember Francis Fukuyama’s “The End of History and the End of the Last Man” (1992), which suggested that liberal democracy was the last system left?

Perhaps competition from China will be the wake-up call which forces the West to revive and strengthen its values and beliefs, in the face of a different threat.

Professor Giles Chance is on the faculty of the Tuck Business School at Dartmouth College, USA. His book “China and the Credit Crisis: The Emergence of a New World Order” was published by John Wiley in 2010.

He can be reached at: gileschance@gmail.com