The guest authors of this post are Julian Dobson and Rowland Atkinson. They are the authors of Urban Crisis, Urban Hope out June 2020.

In the middle of the COVID-19 crisis, the hashtag #BuildBackBetter became a rallying cry on social media for those who saw the need and opportunity to reconstruct our cities.

These expressions of hope were also an expression of anger at the swift return of conventional politics and economics – views that stressed growth, capital freedom and mobility.

Across the world, there were calls from political leaders and corporations to re-open the economy as soon as possible, with minimal effort to protect public health. In the UK it was striking that the first sectors to return to work were the housing market and construction and car showrooms. These sectors are central to an economy predicated on property and finance, rather than one that promotes human flourishing.

As this economy slowly restarts, overseen by a political machine that seems to highlight the divisions in society more broadly, it is already concentrating wealth, diminishing capacity to address human need and ratcheting up carbon emissions. This return to a profoundly unequal mode of wealth creation is intertwined with the immediate potential for crisis that may follow a hard Brexit, and the long-term catastrophe of profound climate change. 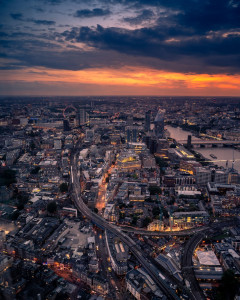 But as we say in a new collection of essays on the challenges facing our cities, to talk of hope today is to ask for trouble. By hoping to build back better, we trouble and disturb taken-for-granted ways of doing things. Those with power or interests in maintaining how things were will not relinquish their views and roles. A struggle for new ideas that deliver more to more people is being waged, with our cities at the heart of these debates.

Our collection, titled Urban Crisis, Urban Hope, addresses the manifold crisis of our cities and offers just over 50 practical, implementable policy solutions that could make a real difference now. Written before this crisis, it nevertheless deals with issues that COVID-19 has thrust into the spotlight. Contributors examine hunger, violence, spatial planning and mental health, parks and green spaces, housing and local democracy.

COVID-19 has exposed our cities as places where swathes of the population working in the gig economy can lose their livelihoods at short notice; where even a libertarian government has been compelled to prevent the eviction of private renters (albeit to protect private landlords); where the food banks that have stepped in to plug gaping holes in the welfare safety net are forced to close as older volunteers are quarantined, or are left dependent on the generosity of supermarket bosses.

The sudden cessation of much everyday activity at the beginning of the UK’s lockdown period also exposed the levels of ambient pollution urban dwellers must endure: suddenly, in many areas, the air became more breathable and the natural world could be seen and heard. As with the treatment of the rough sleeping homeless, it proved possible to achieve apparently miraculous changes overnight, only for them to be unwound as quickly.

What this crisis emphasised, like a rapidly withdrawing tide, was the ugly shape of contemporary inequalities. Key dividing lines were revealed: between owners and tenants, salaried and gig workers, young and old, healthy and vulnerable. It revealed the need to rebuild the foundational infrastructure of our cities – housing, education and social care, neighbourhood self-organisation and city economies more balanced around making, green infrastructure and the creation of urban spaces that enable communities to thrive. Policies to generate and sustain social glue and to repair divisions around class, region, city and health, among many others, need continuous investment. 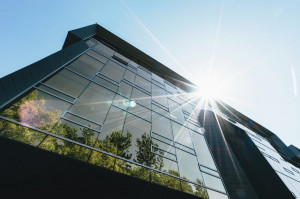 Urban Crisis, Urban Hope is not only about crisis. Each of our contributors offers realistic, achievable policy proposals, each of which could make a real difference soon and without huge expense. They call on central and local government and public institutions to put their money where their mouth is by backing changes that would help to realise the aspirations governments routinely express – aspirations such as a fair and functioning housing market, less violence on the streets, better mental health, and greater civic participation.

In doing so we throw down a challenge to politicians. We say that the ‘wicked problems’ experienced in our cities, while they may be persistent, can be tackled. There are clear actions and new directions that must be taken. There is no better time to start. 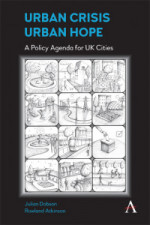 Julian Dobson is a writer and researcher with a focus on creating fair, live-able and environmentally just places.

Rowland Atkinson is an urban sociologist with interests in social inequalities and city life, based at the University of Sheffield.

Urban Crisis, Urban Hope: A Policy Agenda for UK Cities is an urgent, informed, and passionate critique at the crisis that has been allowed to develop in our cities, and a wide-ranging agenda for change to challenge all political and government institutions, out 30 June.

← University Press Roundup: #AmplifyBlackVoices, a Pandemic-Ridden Hajj and the Digital Self
Talk of the Town: 8 Things that Happened in the Publishing Industry in June 2020 →