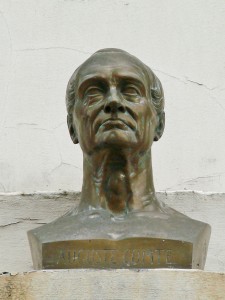 Anthem Press is pleased to announce the launch of five new Sociology series, each highlighting a compelling area of research.

The first of these is the Anthem Law and Society Series, which delves into the role of law and legal institutions in everyday modern societies in order to understand and discuss many relevant and fundamental legal issues. Law and Society discusses both theoretical and empirical issues and is edited by Bryan S. Turner of the City University of New York.

The Anthem Companions to Sociology series, also edited by Turner, offers authoritative and comprehensive assessments of major figures in the development of sociology from the last two centuries. Covering the major advancements in sociological thought, these companions deliver critical evaluations of key figures in the American and European sociological tradition and provide students and scholars with an in-depth assessment of the makers of sociology while charting their relevance to modern society.

Fran Collyer of the University of Sydney will edit the Anthem Health and Society Series, which focuses on the role of health and health care in modern societies. Volumes in the series range over topics including the sociology of medical knowledge, health professions, hospitals, primary care, bio-medical science and medical technologies.

The series also encourages critical interdisciplinary viewpoints on health and illness from both social science and humanities. The first title in the series is Socialising the Biomedical Turn in HIV Prevention which addresses the major challenge for HIV prevention: reaching beyond the limitations of biomedical approaches to disease and designing prevention strategies informed by and connected with the social realities of people’s lives.

What does it mean to make a grounded judgement on the success of failure of a city or nation-state? The Anthem Successful Societies Series explores this question by focusing on their contextual inheritance, and on the normative, conceptual and empirical considerations that need to be brought to bear on evaluative assessments.

Volumes may examine practices holistically but may also concentrate on particular institutional spheres, such as the economy, health, education, migration, civil society, and politics. This series will be edited Rob Stones of the University of Western Australia.

Turner and Universidad Diego Portales’s Yuri Contreras-Vejar will edit the Anthem Religion and Society Series, which will include scholarly works on comparative religions throughout the modern world. The decline and disappearance of religion in secularizing modern societies had been taken by many theorists as inevitable, but the past decades have increasingly put this perspective into question.

This series aims to move toward a new understanding of religion in the modern world by highlighting innovative research on new religious movements, secularization and post-secularism, radical religions and fundamentalism, revivalism and conversion, and religion and violence. Its primary focus is on public religions in a changing world.

We welcome submissions of proposals for challenging and original works that meet the criteria of these series. Should you wish to send in a proposal for a new series or one of the following types of works — Monographs (mid-length and full-length), Edited Collections, Handbooks, Reference, Upper-Level Textbooks, Academic Non-Fiction — please contact us at: proposal@anthempress.com.