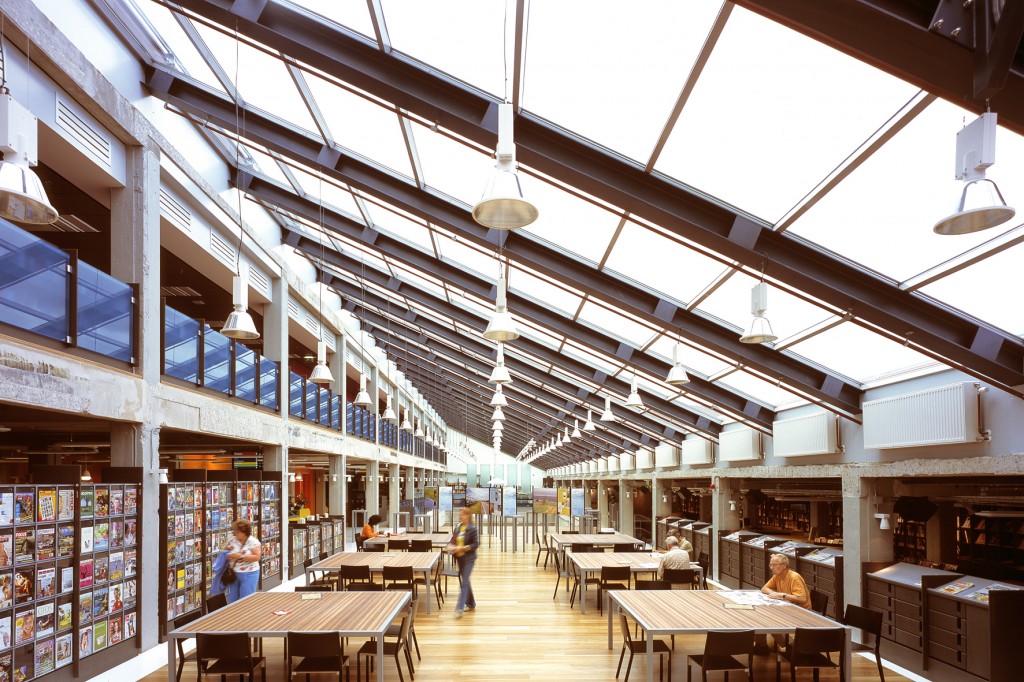 Recently I was in DOK (Delft, the Netherlands, www.dok.info [in Dutch]) for the first time. This was a long overdue visit, because in 2008 this public library was designated by international experts as the worldwide number one library in innovation, and in 2009 it was elected the best library of the Netherlands (this year they became third). And I had no excuse, either, since Delft is not only a mere ten-minute train journey away from Rotterdam where I live, but I pass Delft almost daily, whenever I go to work in the University of Leiden. Largely responsible for this relatively small library’s tremendous success moving into the digital era was Mr Eppo van Nispen tot Sevenaer, although he likes to credit his own ‘Institute of Wise People’ (his five children and his grandmother of 102). Certainly his broad vision of the place of books in the panoply of today’s media is refreshing at a time when many institutions of the book would like to withdraw behind their ramparts, trying to keep out the big bad world of competing distractions. DOK is unusual in the measure of equality that reigns between books and the other media, but also in the extent to which patrons’ wishes are accommodated. This is definitely a no-shush library.