Why I wrote this book

by Ben Braber, Honorary Research Fellow, University of Glasgow; author of the forthcoming book Individuals and Small Groups in Jewish Resistance to the Holocaust: A Case Study of a Young Couple and their Friends

He raced up the stairs. Blond curls messy as always. The grooves in his otherwise young face had long been deep, but now Krijn Breur looked extremely worried. And agitated. Bursting into the first floor flat, he shouted: ‘Nol, you need to get out of here. At once. We’ve been betrayed.’ That last word wasn’t lost on Nol Bueno de Mesquita. A bit older, wearing spectacles and with wavy dark hair, Nol had always feared betrayal, but it took time to grasp the first part of Krijn’s message. Get out, yes. But how?

That’s the first paragraph of my new book. One of its peer reviewers commented: ‘I very much enjoyed reading this manuscript. Some portions communicate real danger and suspense, and while that is not the primary objective of a scholarly study it does help the reader understand the key issues facing rescue and resistance participants.’

Here’s why I wrote this book.

Two and a half years before the event described in the first paragraph. German armies had occupied the Netherlands, where Nol had married Ter Kolthoff in June 1940, barely a month after the invasion. When a friend had asked the Jewish couple that summer to ‘do something against these rotters’, they had joined resistance groups. The consequences of that step overtook them in 1942. The German police and their Dutch helpers were hunting Krijn and his fellow resistance fighters. The trail led to Nol and Ter’s flat on an Amsterdam canal, just outside the old Jewish neighbourhood. Their daughter Ruth was only one and a half years old and Ter suspected being pregnant again. It was getting cold; the winter frost was about to descend. Days were shortening. The evening curfew made it dangerous to go out at night. Actually, it was just as unsafe in daylight. There were roadblocks, raids and round ups. The deportation of Jews from the Netherlands was in full swing. Was it possible to escape? And if so, where could they go?

They got away, because I met Nol in 1985 (figure 1), 40 years after the end of the Second World War. Although ageing and balding, he strongly resembled the man he had been in 1942. As he told me his story, Nol was serious, but occasionally his eyes betrayed a streak of mischief. 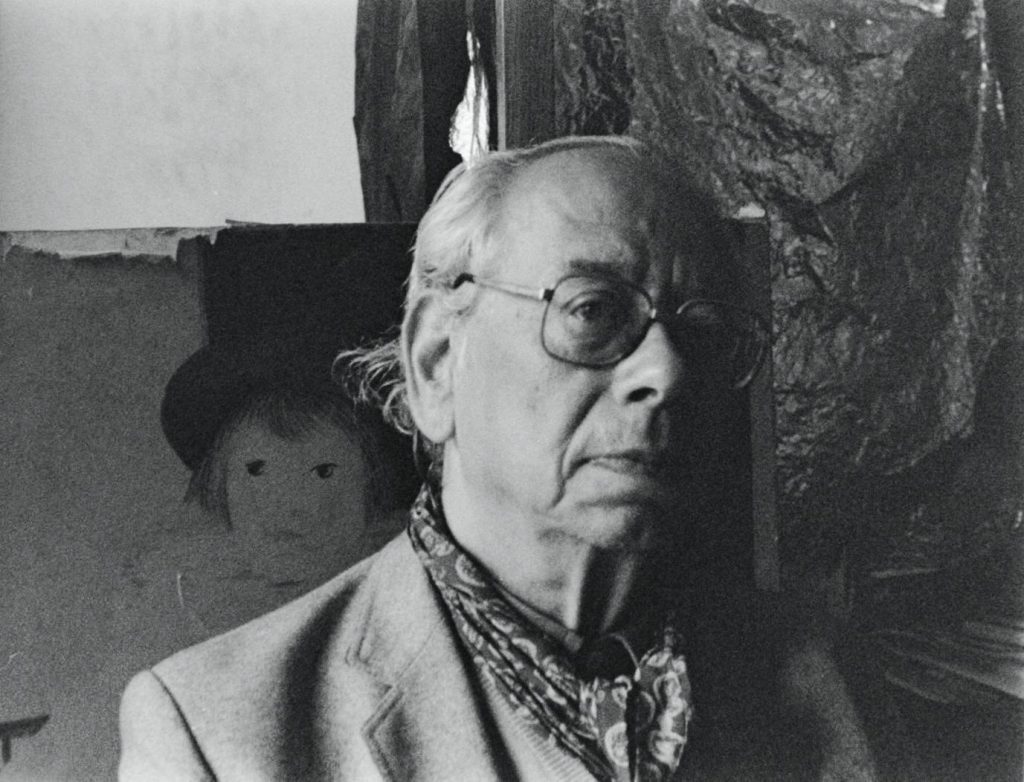 The reason for meeting Nol was to ask him about his wartime experience. At the time I was studying History at the University of Amsterdam, following a few years of journalistic work, and I earned a living for my young family by working as a freelance reporter. This work took me to Nol.

In February 1983 the German war criminal Klaus Barbie had been flown from Bolivia to stand trial in France, where during the Second World War the Hauptsturmführer of the Schutzstaffel (SS) had become notorious as the ‘Butcher of Lyons’. I discovered that Barbie had been posted in Amsterdam before he gained notoriety in Lyons. It emerged that before May 1940 the German police had been spying on political opponents who had fled to the Netherlands. Some refugees had been arrested as the Germans occupied Dutch soil. Barbie seemed to have been involved and may have conducted their interrogation. I decided to speak to survivors. The accounts they gave provided useful information about Barbie, but some also contained an extraordinary revelation — a so far untold story of a resistance group consisting almost entirely of Jews that had operated in the Netherlands, helping people to escape from deportation centres and concentration camps. 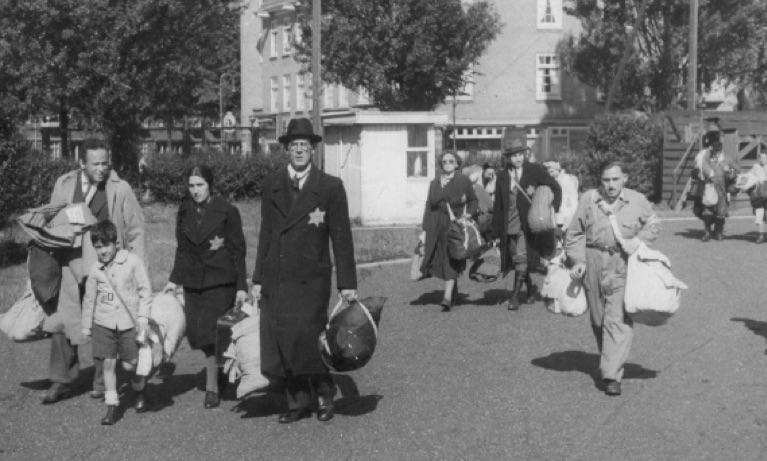 Jewish resistance was often overlooked. In the 1980s, when people thought about the Holocaust, they usually imagined Jews as victims. This image was correct. In the Holocaust 71 percent of Dutch Jewry perished; of the about 140,000 Jews in the Netherlands just over 100,000 were murdered by the National Socialists. When Amsterdam was liberated in 1945, only about 5,000 of the more than 65,000 Jews who had lived in the capital of the Netherlands five years earlier were still alive in the city. That loss of life was proportionally higher than in other Western European countries. It helped to give rise to the long-lived myth that the Jews were led as lambs to the slaughter. A photo (figure 2) of a group of people reporting for deportation in Amsterdam in 1943 seems to support that widespread view. The foreground shows a family — mum, dad and a child. With them walks an elderly man, possibly the child’s grandad. They lug heavy suitcases, bags and rucksacks. All are dressed in their Sunday-best. It’s summer, but they wear heavy overcoats. There’s a star on their outer clothing. They appear docile, being led as lambs. However, this perception was contradicted by the refugee accounts I heard, which emphasised Jewish attempts to resist the persecution.

Following that finding, between 1983 and 1987, I conducted a further series of interviews with members of resistance groups and eyewitnesses. That’s how I got to visit Nol. He and others gave me more remarkable details, and I searched archives for documentary support of their statements. I also contacted people who had known or knew about individual members of Nol’s group. All this material found its way into my 1985 graduation thesis. A journalistic version of this thesis was published in 1987, followed in 1990 by a more comprehensive study on Jewish resistance in the Netherlands, which went some way towards correcting the public perception of Jews in the Holocaust.

Although I didn’t meet Nol again, he’d from time to time pop up in my head. Such an occasion occurred 30 years after the interview and 13 years after he died.

In the meantime, my interest as a historian had been broadened to issues surrounding integration of immigrants and their descendants into Western European societies after 1800. Jews had been among these immigrants and I attempted to understand Jewish resistance within an integration framework, as it offered an example of how a group that was integrating responded to being segregated by force. This resulted in my 2013 monograph This cannot happen here. Integration and Jewish resistance in the Netherlands, 1940-1945 (published in the series Studies of the NIOD Institute for War, Holocaust and Genocide Studies).

Looking for patterns and exceptions, I examined the setting in which Jewish resistance had occurred in the Netherlands and made brief comparisons to events and developments in Germany, Italy, Belgium and France. This review found that the manner of integration of Jews into the Dutch society as well as the speed and direction of that process had influenced their resistance during the Holocaust. However, it also concluded that we actually still knew very little about Jewish resistance and that our understanding could only be deepened by shedding more light on individual Jewish resistance members. Following that conclusion, I returned to Nol’s story, understood the role his wife Ter had played and published a Dutch book on their experiences.

That book — a tale of life, love and loss — was launched in Amsterdam in 2015. Nol’s mischievous look came to my mind when people spoke about him during the launch. After that event, the image returns every time someone mentions him. It makes me realise now that when I met Nol I learned a precious lesson about human behaviour, which was later validated in my studies and changed the way I view history. That lesson enlightens my new book.

← Tasos Leivaditis’ Triptych: Battle at the Edge of the Night, This Star Is for All of Us, The Wind at the Crossroads of the World
Contemporary Figure Skating: Dancing towards an Unhealthy Aesthetics →