October marks the unmistakable arrival of autumn, and the end of another busy season here at Anthem Press. We want to share a selection of our exciting new titles and authors that have been released in the past three months, spanning a range of genres and topics from theater to economics – just in case you missed them.

The Digital World of Sport: The Impact of Emerging Media on Sports News, Information and Journalism by Sam Duncan 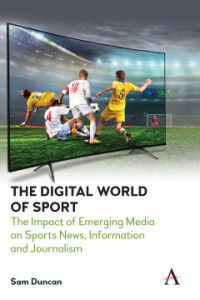 The Digital World of Sport is an interesting new addition to Anthem’s series Studies in Emerging Media and Society. The book analyses how new media, and in particular, digital and social media, has changed the world of sports forever, from its pivotal role in the evolution of the sports industry and its trailblazing impact on the broader media industry.

Sam Duncan is a lecturer of sports media and sport business, published author and contributor to a range of Australia’s media publications including The Age, Ten Daily, The New Daily and the AFL Record.

Theater in the Middle East by Babak Rahimi 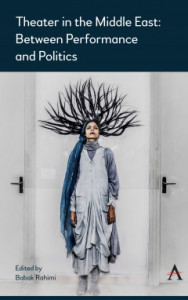 The collected essays from noteworthy dramatists and scholars in this exciting new title represent new ways of understanding theater in the Middle East not as geographical but transcultural spaces of performance. What distinguishes this book from previous works is that it offers new analysis on a range of theatrical practices across a region, by and large, ignored for its dramatic traditions and histories, and it does so by emphasizing diverse performances in changing socio-political contexts.

Babak Rahimi is Director of the Program for the Study of Religion and Associate Professor of Culture, Communication at the Department of Literature, UC San Diego.

Foundations of Natural Gas Price Formation: Misunderstandings Jeopardizing the Future of the Industry by Sergei Komlev and Daniel Satinsky 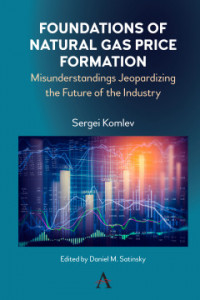 This innovative new title, Foundations of Natural Gas Price Formation, analyzes market pricing for natural gas as a unique and controversially priced commodity. Natural gas is a critical foundational fuel that will not be supplemented by renewables for many years. Sergei Komlev explains why and how correct market price signals are critical to avoiding potential market failure.

Sergei Komlev, head of Contract Structuring and Price Formation Directorate at Gazprom Export, is a well-recognized name in the European natural gas industry and a frequent participant in international gas conferences. Daniel Satinsky, attorney, author and independent scholar, has collaborated with Sergei Komlev for more than 25 years in presenting his ideas to English-speaking audiences. 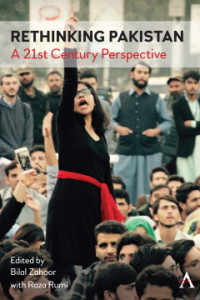 Rethinking Pakistan brings together some of the best minds of the country and invites them to reflect upon the most pressing issues that it is facing in all spheres, including politics, external relations, environment, human rights, gender relations, religious fundamentalism, education, and freedom of expression. This edited collection is highly accessible to everyone, and is certainly one to check out.

Bilal Zahoor is the founder and editorial director of Folio Books, a Lahore-based independent publishing house. Raza Rumi is a policy analyst, journalist and author, and is currently the editor-in-chief of NayaDaur Media.

← University Press Roundup: Colonial Legacy, the Post-Fact Age and Election Season Books
Talk of the Town: 8 Things that Happened in the Publishing Industry in October 2020 →