The guest author for this post is Thomas Recchio. He is the author of The Novels of Frances Hodgson Burnett: In “The World of Actual Literature” out May 2020.

As I was writing my study of the novels of Francis Hodgson Burnett, the impact of a pandemic on individual lives, and by extension on society as a whole, did not enter at all into my thinking, despite the importance of a cholera epidemic in the opening chapter of The Secret Garden (1911) and of a typhoid epidemic toward the end of her transatlantic novel The Shuttle (1907).  In my effort to understand Burnett’s novels as a significant literary achievement, I traced a trajectory for her work as a series of variations on the possibilities for women to shape lives for themselves against traditional social forms in the service of male dominance, those forms being underwritten by physical, psychological, class, and financial violence.  That trajectory, however, becomes visible against a background of forces of nature that disrupt male violence by being indifferent to it; in Burnett’s work, nature insists that life has precedence over the social and gender divisions produced by patriarchal power.  Nature’s indifference to social forms (and thus to patriarchal violence) in Burnett’s novels can be seen in the opposing forms of revitalization figured in the cultivation of gardens on the one hand and in the non-discriminatory killing effects of an epidemic on the other. 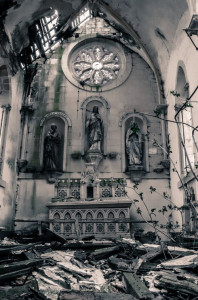 There is an extensive bibliography of literary texts that engage the social impact of epidemics, pandemics, or plagues, from Boccaccio’s The Decameron (1353) to Defoe’s Journal of the Plague Year (1722) to Mary Shelley’s The Last Man (1826) to Albert Camus’s The Plague (1947) to Margaret Atwood’s Oryx and Crake (2003) to name only a few.  Implicit in much of that literature is the idea of pandemics functioning as moral tests to the societies affected by them, and much of the literature has an apocalyptic feel: the plague either marks the end of society as it is known or it cleanses society to be rebuilt on more humane, egalitarian terms. In The Secret Garden and The Shuttle, however, epidemics are not the focus of either text.  In the former, the epidemic in the opening chapter accounts for young Mary’s loss of her parents; in the latter, the epidemic is one incident in a novel interested in the historical emergence of American ascendancy in the waning years of the British empire. By placing the epidemic as part of a larger, historical narrative arc, Burnett’s novel offers a vision of social resilience and community solidarity based on a residual tradition of social mutuality and care. Rather than apocalyptic or cleansing, Burnett’s interest is on continuity and renewal, on uncovering the social strengths that, though challenged over long periods of time and especially in moments of crisis, enables a society to construct a future that honors its past.

By locating epidemics as either the catalyst for one person’s story or as a critical moment in the historical development of a particular community, Burnett’s novels provide a reflective space where readers can think about their current crisis as a part of human history whose effects become visible in individual experience.  A sense of crisis encourages us to be instantly reactive out of fear, pessimism, or ideological commitment, but novels stand between readers and the crisis of their historical moment, mediating readers’ reactions by providing perspective, focus, and a sense of movement through and beyond the crisis. In our current pandemic moment, Burnett’s novels speak to the importance of moral authority, administrative competence, and community solidarity as stays against the fraying of our social fabric. 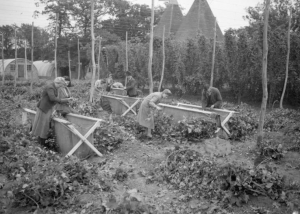 That is especially the case in The Shuttle where a typhoid epidemic begins among transient hop-pickers on an old, decaying English country estate.  Previous generations had drained the estate’s resources, leaving the current heir with nothing but the hop fields and his traditional place of authority over the estate and its contiguous village.  “It could not be said of the villagers,” the narrator observes, “that they were fond of him, but gradually it had been borne in upon them that his word was to be relied on” (The Shuttle 421).  Because he did not flee the epidemic as the villagers had expected, he demonstrated to them his commitment to the estate and the community that both depended on it and sustained it.  “Your health is very much in your own hands,” the heir tells the villagers, before he shows them how to disinfect and air out their cottages as a way to prevent the spread of the disease.  The transient hop-pickers, however, present a different order of problem: without refuge and their numbers suffering most from the ravages of the fever, they need shelter and medical attention.  To provide that, the heir converts his mostly empty country house into a crude hospital, and he supervises the hop-pickers’ care.  The narrator describes how the other holders of estates in the county discussed the heir’s actions:

If he had been a popular man, he might have become a sort of hero; as he was not popular, he was merely a subject for discussion.  The fever-stricken patients had been carried in carts to the [house] and given beds in the ballroom, which had been made into a temporary ward. [. . .] To the simply conservative mind, the idea of filling one’s house with dirty East End hop pickers infected with typhoid seemed too radical.  Surely he could have done something less extraordinary. [. . .] But there were people who approved. (425)

The heir’s forgetfulness of self and unconditional care for the suffering of others becomes the catalyst that brings together divergent social groups whose interests had seemed to be in opposition: the impoverished, transient, urban laborers; the village cottagers and craftsmen; and the landed gentry.  Each group begins to take responsibility for themselves and for each other, the heir’s moral authority emanating from the quality of his actions.  His administrative competence is demonstrated in the cooperation he coordinates among the affected groups. The result is a re-weaving of the social fabric as diverse social groups converge in response to a threat to their common humanity. 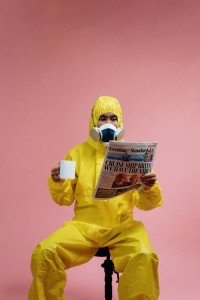 The epidemic in The Shuttle is local, and the heir’s moral authority emerges in the intimacy of his engagement with the crisis, which leads to his own infection.  A world-wide pandemic is not local; national leaders are distant from infected communities.  Thus their moral authority does not emerge through intimacy, but is enacted in the quality of policy decisions and in the fullness and frankness of communication.  In our current moment, moral authority has come at the local level as governors in New York and California communicate honestly and personally about the impact of the pandemic on individual people and the actions required to alleviate suffering.  Local media outlets have provided a platform for doctors and nurses to share in painful detail the impact the virus has on actual bodies, replicating a quality of knowledge available on the smaller, village scale in the past and accessible to readers today via the novel.  Insofar as national media outlets amplify local coverage and track the connection between national policy and local experience, they can make available a quality of understanding akin to that of the novel.  And in the current crisis, that quality of understanding can lead to useful knowledge.

Thomas Recchio is an Emeritus Professor of English at the University of Connecticut.  He is the author of Elizabeth Gaskell’s Cranford: A Publishing History (2009) and the editor of the Norton Critical Edition of Gaskell’s Mary Barton.

His upcoming book The Novels of Francis Hodgson Burnett: In “the World of Actual Literature reads Burnett’s novels in the context of the changing literary field in England and the United States in the years between the death of George Eliot in 1880 through to the Great War.

← Anthem Press celebrates Earth Day’s 50th Anniversary
Talk of the Town: 5 Things that Happened in the Publishing Industry in April 2020 →