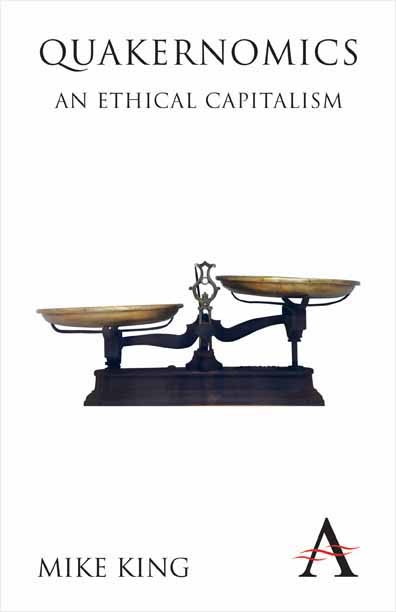 ‘Fascinating, highly relevant and opportune, this book is a powerful exploration of history showing how ethical behaviour has been – and can be – an effective route to wealth creation and growth.’

—Carlota Perez, author of ‘Technological Revolutions and Financial Capital’ and Centennial Professor at the London School of Economics 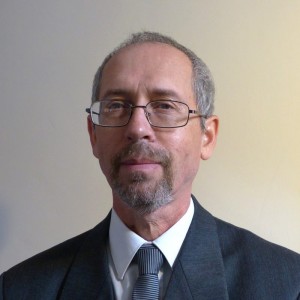 Professor and writer Dr. Mike King talks to us about his recently published book, Quakernomics: An Ethical Capitalism, which explores Quaker enterprises from 1700 to the twentieth century theory as a model for social responsibility in modern corporations. Dr. King also reveals an early interest in economics and discloses that a Quaker bank may be set up in the future, drawing on Quaker roots in finace. Did you know that a descendent of the mostly Quaker Pease family and her husband are known today as the “Posh and Becks” of the banking world? Read on to find out more…

Q: Quakernomics is not your first publication: What was your motive for writing about Quakers and focusing on their contribution to economics?

Mike King: My interest in economics grew slowly. It was triggered by arriving at an arts department with a science background. My Marxist colleagues were baffled by this, just as I was baffled by their idea of ‘the commodification of art’, which led me to read Marx’s Capital. My grandmother had sold sculptures in Vienna during the Depression which meant her children did not starve; similarly, my father supported our family through art. Hence I could not see a problem with selling paintings, sculpture and so on.

I also span a bewildering range of disciplines partly acquired through graduating with four different degrees from four UK higher education institutions: a BSc in physics and chemistry, an MSc in software engineering, a PhD in computer graphics and an MA in studies in mysticism and religious experience. I have also taught myself international relations, US constitutional history, film theory and economics, and have appeared on Australian radio as a 9/11 conspiracy theory debunker.

Q: Can you briefly explain the idea of ethical capitalism and how it relates to the ideas of other economists such as Karl Marx?

MK: It became clear as I read right wing economists that for them capitalism was in itself an ethic whereas for the extreme left capitalism was by definition unethical. Quakers occupy the middle position of practical entrepreneurs who were instinctive capitalists for social good.

Q: How would you describe the state of the Quaker community today? Is it as tight knit as it was in the seventeenth century when Quakers first started ‘Meeting for Sufferings’ to record the persecution of their members?

MK: There are no threats now as there were then but Quakers offer continued support everywhere there is conflict. However, the numbers are in decline and in all populations Quakers make up a tiny group. They are still found everywhere. For example, there are Quakers in Russia since their ancestors were prominent in influencing the pacifism of Tolstoy, and in Japan one of the founders of Sony was Quaker. Also, the daughter of Richard Cadbury (who jointly founded the chocolate company with his brother George), Beatrice, married a communist and lived in Holland. She refused her inheritance and wanted to give it to the company workers but they refused to take it!

On an individual level, Quakers are the strongest and largest community I am engaged with. I was also invited to join Quakers & Business which keeps me up to date with contemporary Quaker enterprises and thinking on corporate governance. They are instrumental in funding a PhD to investigate the twentieth-century period and are investigating the possibility of setting up a Quaker bank. Quakers have a lot of experience and history in banking; both Lloyds and Barclays were originally Quaker. The Pease family were bankers and instrumental in the Stockton and Darlington railway, the first passenger line in the world to be drawn by steam. I believe that Nichola Pease, daughter of Sir Richard Pease and descendent of the man known as ‘the father of the railways’, and her husband Crispin Odey, are known as the ‘Posh and Becks’ of the banking world. 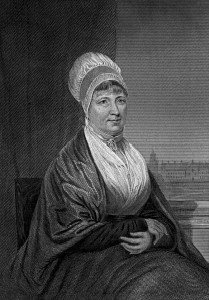 Q: In your book, you refer to prominent female Quakers such as Elizabeth Fry and Margaret Fell. What do you think businesses today could learn from Quaker attitudes towards women at work?

MK: I’m not sure about that as it was a man’s world then. There were also practical reasons as women tended to have a lot of children. However, Margaret Fell, and then her daughter Sarah, managed an estate that included forges and shipping abroad and were very capable women. It is still a long haul for equality for women in business but Quakers have a tradition for equality and speak out for women’s rights. The most famous woman Quaker is possibly Elizabeth Fry, known for her campaigns for prison reform, and currently still acknowledged on the rear of the five pound note.

Q: Which Quaker origin business do you most admire and why?

The Coalbrookdale company of Abraham Darby which kick-started the industrial revolution. At the 2012 London Olympics opening ceremony, film director Danny Boyle chose to celebrate his name above all others as the instigator of the Industrial Revolution. The company also had complete vertical integration; it not only made components for steam engines but it also built model villages and made donations. One of its directors, Richard Reynolds, had to employ four almoners to give his money away before he died, in a pattern of wealth creation and philanthropy still practiced by such billionaires as Bill and Belinda Gates and Warren Buffet.

Q: You mention that the model of Quaker practices in economics worked particularly well in small business. How could it be applied on a larger, even global scale?

MK: Quakers practised economies of scale from the beginning, introducing steam engines into every business that could use them. It was then still amazing that one machine could do so many things. Mass production was one underlying ingredient for their success.

Now, all Quaker businesses are tiny, but, while not directly transposable, we can learn three key things from them:

1) Cheap capital. Quakers had a network to rely on so new risks were small. I see no reason why the state can’t take on that function. Both Japan and Korea receive state investment on a grand scale, while the current UK government is supporting small businesses in this way.

2) Quakers are non-hierarchical, with no priests or bishops, but participate in collective decision making through ‘Meeting’ at various levels. These Meetings were effectively a form of ethics committee, rigorously investigating the behaviour of companies run by their members, for example reproving shoemaker Clarks for selling sheepskin coats to the army and ‘disowning’ the Galtons of Birmingham for manufacturing arms. Clarks was the longest-lasting Quaker business; it lingered on more than any other brand – and seems particularly popular in Jamaica!

3) Sheer networking. Quakers had an unusual headstart as a networked group of entrepreneurs.

Q: Are you currently working on another project/publication?

MK: I am working on a book about monetary theory and banking drawing on statistics from the Bank of England and the US Federal Reserve system. I’m researching the question of moral hazard, such as the temptation for bankers to speculate more unwisely with other people’s money than they would with their own. Ultimately the book is about the ethics of lending in a world increasingly drawing people into debt.

You can also visit Mike King’s blog or Facebook page for further information.