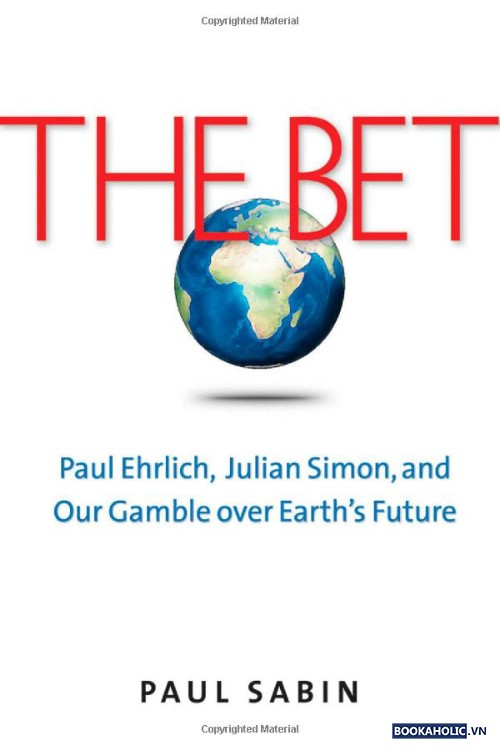 This book explores the history and development of opposing ideologies and perspectives that shape political discourse about the environment.

What are the prospects of informed and nuanced debate on global environmental issues and climate change? If Paul Sabin’s new book is any indication, we have a long way to go before we can reasonably expect edifying debate to take place. The Bet is an exploration of the ideological and political gulf that continues to separate ‘pessimists’ who believe in resource limits and ‘optimists’ who contend that environmental concerns are exaggerated and can be overcome by technology and ingenuity.

In this well written and expertly researched book, Sabin guides the reader through the history of polarized environmental debates in the United States, embodied in particular by two well known and prolific academics. In the green corner is Paul Erlich, author of The Population Bomb and other notable works. His chief opponent, Julian Simon, penned The Ultimate Resource and numerous other essays in response to what he dismissed as neo-Malthusian hysteria. Sabin offers an intimate history, probing the personalities and motivations of Erlich and Simon, and charts their respective career paths as they gathered influence and honed their debating strategies (and informed those of Carter, Reagan and many others in the political arena).

Erlich emerged first, and it might surprise today’s younger environmentalists to consider that he was famous enough to have been a guest on The Tonight Show in the 1970s more than twenty times. As Johnny Carson might have said, that is weird, wild stuff indeed. And, pardon the digression, but I would be willing to wager that this is the only book in existence with a bibliography that lists ‘Carson, Johnny’ followed by ‘Carson, Rachel’.

The Bet is part of a growing literature documenting and analyzing the history of the modern environmental movement. The Erlich/Simon conflict – as Sabin shows, they became bitter adversaries – is a useful vehicle to examine the underlying reasons for the ongoing lack of productive dialogue on sustainability and climate change. Popular images of the debates and the debaters remain largely stereotypical; any contest between perceived prophets of doom and dinosaurs is bound to be taken with a grain of salt. But it would be a mistake to assume that either side was posturing. It is striking to consider, as Sabin demonstrates, the mutual naivety of the foes. Simon could not grasp why the public seemed to be so interested what he viewed as unfounded and pessimistic prognostications of resource collapse, and Erlich, for his part, ‘…. could not fathom the possibility that fundamentally different values or ideologies might yield different conclusions.’ Needless to say, the reader will find little common ground or reconciliation in The Bet, but that is no doubt the point, and it raises important questions about the vagaries of scientific evidence, the mug’s game of prediction, the limits of debate and the dreariness of partisan environmental politics. If there is a silver lining to be found in this story, it may be the relative inexperience of the modern environmental movement and the possibility of future generation doing things differently.

Interested in submitting a review or a book to review?
Check out our submissions page here.

← “The Entrepreneurial State” TED Talk and Highlights
Interview with Michael Bhaskar, author of “The Content Machine: Towards a Theory of Publishing from the Printing Press to the Digital Network” →