Since the June release of our new title, ‘The Entrepreneurial State: Debunking Public vs Private Sector Myths,’ the book has already received significant press coverage. Mariana Mazzucato is a leading innovation economist and her ideas provide a new perspective on the role of the state in entrepreneurship. Some of the recent media highlights include The New York Times, The Guardian, Bloomberg and Yahoo! Finance.

Dr Mazzucato is professor of economics at the University of Sussex, where she holds the prestigious RM Phillips Chair in Science and Technology Policy. She gives lectures all around the world, is often invited to appear on major broadcast programmes (including Bloomberg, BBC Newsnight, etc). and is a frequent contributor to major publications including the Guardian, New Statesman, Harvard Business Review and others. As mentioned in an earlier blog post, she was invited to be one of the keynote speakers for the TEDGlobal2013 conference, where her ideas drummed up quite a bit of attention. You can read a TED blog post about it here (the video will be up later this year): http://blog.ted.com/2013/06/12/government-investor-risk-taker-innovator-mariana-mazzucato-at-tedglobal-2013/). 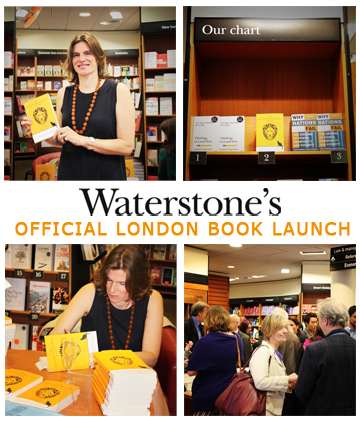 In addition to the TED talk, Anthem just recently hosted a book launch at Waterstone’s where many came to celebrate the book’s release. Tej Sood (publisher at Anthem Press) made some introductory remarks, followed by a brief talk from Mariana and some kind words from Lord Andrew Adonis. The event, which included guests such as Paul Ekins, Vicky Pryce and Dimitri Zenghelis, was a success and received a mention in Bookseller Magazine.


To read a book excerpt from ‘The Entrepreneurial State,’ find information about future events, and review the latest press coverage, visit the book’s website here: www.entrepreneurialstate.anthempressblog.com